Who will be the next China? India or Vietnam? 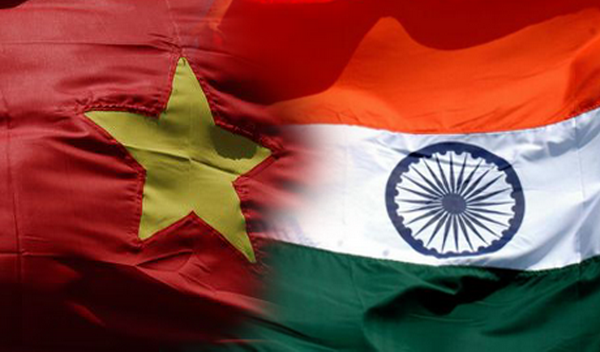 The topic of reducing manufacturing costs by moving production over to the above countries has been around for years. And the trade war between the two economic giants in the past several months just make it even more urgent for manufacturers to decide which way to go moving forward.

However, business costs are more than just labor costs. The domestic demand potential, the capabilities of the local supply chain, the business environment and government incentives, and the management culture all play important parts in helping you make the decision.

That said, it’s easy to understand why India and Vietnam are hot topics these days.

In the following paragraphs, we’ll be focusing on differences between India and Vietnam, and we welcome discussion about the investment potential of these two countries.

The potential of a market is usually decided by the population and the income level in the region.

So let’s take at look at the GDP per capita of China, India and Vietnam first:

We can see that Vietnam and India started from around the same position. But in recent years, India is growing a bit faster than Vietnam. But this is just a small difference, especially when compared to the growth rate of China’s.

This leads to our conclusions:

Domestic market in India is like that in the EU

The domestic market in India is more like that in the EU, i.e. it looks like a united market on the outside, but in fact it’s a combination of different smaller markets.

People in different states in India speaking different languages contributes to different cultures, which makes business management a headache. This is very much like the situation in the EU.

Moreover, the 14 official Indian languages make it even almost close to impossible for Indians from different states to communicate. If they don’t speak English, chances are, it’s very unlikely that they can find ways to understand each other.

Infrastructure in India is poorer than Vietnam

Even in more developed states such as Bangalore and Gurugram in India, the infrastructure is quite poor. The street view reminds people of China in the 1990s.

Hoi Chi Minh city, on the other hand, is more like China in the turn of 21st century. Streets in Hoi Chi Minh City are tidier and cleaner, so we assume that its government is doing a better job.

In conclusion, even though the GDP per capita of the two countries are quite close, it could take India about 10 years to catch up with Vietnam in terms of city infrastructure development.

Vietnam thrives on its lower labor costs than that in China and the concern over the trade war between the US and China.

Here is a chart of the minimum wages in China, Vietnam and India:

Here is the average labor costs in manufacturing in China, India and Vietnam:

From here, we still can’t draw the conclusion of whether Vietnam or India would be the new China. But we do think that Vietnam has more potential.

This is based on two reasons: the basic education levels and the ratio of female employees in both countries.

Here is a figure of the compulsory education policies in China, Vietnam and India:

The compulsory education policy in Vietnam is 8 years ahead of India. Plus the fact that the first foreign language is English, and Chinese one of its four second languages, Vietnam has more advantages in terms of communication with both Chinese and English speaking people.

Another case in point is the ratio of female employees. Even though women who have received higher education and have a decent job after graduation will choose to be full-time moms as this is how the tradition works.

Moreover, workers in Vietnam are more willing to improve their working efficiency for more wages. This is rather uncommon in many other Southeast Asian nations.

But Vietnam is not all perfect when compared to India.

When considering moving your factory to Vietnam, you need to take into consideration both the domestic market demand and the overseas demand. While in India, domestic demand alone will be suffice.

In addition, the industrial capacity and manufacturing development is rather confined and weak. The Vietnamese government regulates that the C/O (certificate of origin) is only granted when over 40% of the products are made in Vietnam.

For example, in the case of home appliances, components such as sheet metal, injection molded parts and packages can be produced in Vietnam, but electronic control products such as motors are still hard to make, because they require support from upstream companies. Therefore, components of this sort still need to be purchased in China.

What’s more, Vietnam is not a resource producer. That means most of the raw materials need to be purchased outside of Vietnam, like in China.

In conclusion, Vietnam is a more desired option when it comes to searching for an alternative manufacturing site for China because of its labor quality, quantity, and higher work efficiency. But in the short term, its industrial capacity will still be the bottleneck of its manufacturing development.

From what’s been said, it’s unlikely that India or Vietnam is qualified to be called the new China in medium term.

India will very likely rise up as another giant, but its growth rate is unlikely to imitate that of China.

Vietnam is more likely to be the next South Korea, and be an important support to Chinese manufacturing industry, as the supplement to the global supply chain.

That said, we’re still on hold to see who will rise up as the new China in the long run.

Note: The data are from World Bank Open Data and Treading Economics.