By Philip Spagnoli Stoten and voices of European manufacturing

As we draw to the end of European Week in EMSNOW I felt it would be good to explore where the European manufacturing industry is and what it might look like as it emerges from the pandemic. We’re not out of the woods yet, and even if the disruption as it relates to COVID-19 subsides a new and problematic disruption is occurring thanks to the shortages in the semiconductor supply chain.

In the conversations I have had with industry executives around the world the story is one of improved orders and challenges to shipments. We have seen crazy book-to-bill ratios over recent months, some over 1.5. That’s not because the sector is growing at that rate. It is because billing is challenged by shortages, with many saying they have delayed up to 20% of their routine shipments, whilst orders are now longer just for the coming month or quarter, but are being placed much longer term to avoid further risks of shortages. We are even hearing of companies double ordering to ensure they get some product. This leaves us, as an industry, at risk of inventory overhang when supply and demand return closer to a balance.

Anyway, less talk of the woes of the industry and more talk of  manufacturing renaissance! 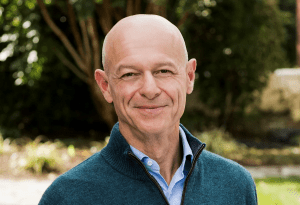 In a recent column in Forbes entitled A Manufacturing Renaissance Could Drive Europe’s Post-Pandemic Recovery, Senior Contributor Marco Annunziata wrote, “while the public debate has focused on vaccine distribution and fiscal stimulus programs, important changes are afoot in Europe’s manufacturing system, where a number of companies are striving to create more efficient and resilient localized supply chains, so as to better respond to both the adverse impact of the recession on profit margins and the continued disruptions to the global trading system.”

The article is well worth a read and Marco quotes from conversation with Bruno Racault of ALL Circuits and Rainer Koppitz of KATEK Group, both of whom joined Marco and I for the inaugural MADE IN EUROPE show, which you can see at the end of this feature.

As Marco explains, “in Germany, Europe’s largest economy, KATEK Group is also striving to create a more robust European supply chain. KATEK is Germany’s second-largest EMS, and Rainer Koppitz, their Co-Founder and CEO, is firmly focused on growing the company to achieve the scale that can allow KATEK to offer a wide range of solutions and to have increasing muscle at the negotiating table to procure components at competitive prices. Even in a year as challenging as 2020, KATEK has been able to grow organically as well as through two important acquisitions. Koppitz also sees tactical, targeted acquisitions as crucial to acquire the right technologies to succeed in extremely dynamic sectors such as healthcare, renewables and eMobility.” 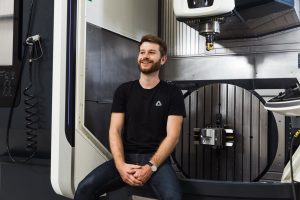 Theo Saville, co-founder and CEO of CloudNC offers some balance, explaining that  “reshoring is all the rage right now, but despite a global pandemic and the blocking of the Suez Canal, the global supply chain has held up extremely well. These are black swan events, and whilst there seem to be far too many black swans around recently, I wouldn’t throw globalisation under the bus just yet.

Just-in-time supply chains have been operating efficiently and effectively for decades now, and hopefully the lessons learned from this pandemic will create an environment where investment in real time data and automation will make it easier for supply chains to handle future macro-disruption.

The biggest trend I see emerging is increasing automation and the future use of autonomy (removal of human decision making), with the potential to level the playing field in terms of labour costs across the globe. Labour is the largest single cost in manufacturing, and reducing the labour burden results in much smaller differences from region to region. And perhaps the constant desire to chase low cost labour will diminish.

But don’t expect mass adoption by the long tail of SME manufacturers to birth a new digital revolution. The tech is too expensive and difficult to integrate, the factories too low-tech and fragmented. Instead expect the emergence of TSMC or AWS like businesses – rapidly growing tech companies with a proprietary advantage that delivers superior service, economics, and genuine scalability.

Looking to 2050, I see the manufacturing market shifting to dominance by a few players with a value proposition that encompasses the speed of Proto Labs, the quality of Rolls Royce Aero and the price advantage and scale of Foxconn.” 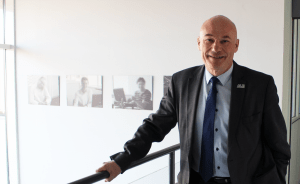 Bruno Racualt, CEO of ALL Circuitssays, “I wrote about this topic recently for EMSNOW in a piece entitled, “Made in France – A Manufacturing Renaissance” and my opinion is still the same. I believe that Europe, not just France, has a great opportunity to re-establish itself as one of the most important manufacturing regions in the world. We have the consumer market, we have the manufacturing infrastructure and we have innovation. Why else is needed?

Like many European EMS companies, we’ve been driving along the digital transformation path and automation has resulted in the labor element of manufacturing becoming less significant. This substantially levels the playing field between Asia and Europe, even the higher wage regions like France and Germany.

Governments in Europe are seeing manufacturing as a route to recovery after the tough times of the pandemic and many are incentivising companies like ours to grow and develop. We have had support as we expand our footprint off the back of some substantial new orders from European companies. For me the renaissance will need governments to support manufacturing companies that invest wisely in new technology and even new solutions. We are becoming a much closer technology partner to our customers rather than just an outsourced manufacturing solution.

As I said in the aforementioned article, “At ALL Circuits we are seeing a real renaissance and while the pandemic has substantially damaged the French economy and many French companies, we believe it has provided a chance to reset and to move forward with a sustainable vibrant manufacturing sector that can provide great services, great value and well paid long term employment.””

Dieter Weiss of in4ma, always well informed and able to support his insights with well researched data adds, “The short answer is: YES. Together with the EMS industry in Europe, IPC and some smart local associations we have been tackling this issue for the last five years. We showed that manufacturing in Europe is not necessarily more expensive, but few listened. This changed dramatically in February 2020, when Covid 19 paralyzed the industry and many companies were not able to get any material supply at all. In many cases it was not the virus and government shutdown orders that led to short-time work but missing components and parts.

Companies started to investigate whether our statements about cost of manufacturing in Eastern Europe were correct and realized that in some cases it was even cheaper, depending on the region of China they had sourced from in the past. The industry also realized that some components were not available at all in Europe. No supply chain manager can let such a problem sit untreated, but correction doesn’t happen overnight, and it doesn’t happen 100%. Companies have defined that a certain percentage of their products must come from Europe (or MENA) in order to guarantee flow of products no matter what disrupts the supply chains. Numerous other unanswered political questions about China have been another accelerator.

Similar to the European Medtech industry, the electronics industry and the EMS industry are mainly medium sized companies. Governments do not speak enough in support of medium sized companies. They (Angela Merkel) attend the opening of the new Bosch chip factory in Dresden, Germany and they (European government) talk with Intel, who is demanding 8 billion Euro in subsidies in order to build a chip factory in Europe, but that is it. They (all) are so stupid that they think by pumping money into the big Chip manufacturers they solve the problems. They (the governments and ministries) do not care enough about medium sized companies, even though we are talking about 250,000 jobs in the European EMS industry, 700,000 jobs in the European OEM industry and about the same number in the supply chains to these industries.

The only exception recently has been France, where medium sized companies were able to convince Bruno Le Maire, the French minister for economic affairs that without government support the French electronics industry would be dying. In a joint effort they set up a program “Make in France”. We have since read about support (also backed by Brussels) for medium sized companies in the French electronics industry. There is nothing similar in Germany.

We (in4ma, IPC and a couple of smaller associations which cooperate with in4ma) are now initiating a better unification and communication within the European EMS industry and with the help of  IPC we want to be better heard in Brussels. Expect a substantial announcement within the next three month.”

An Industry Ready for Change

I always feel so privileged in what I do that in any given week I can talk to half a dozen CEOs from the OEM, EMS and Supply Chain sectors of the electronics industry, And what does stand out to me from these conversation is the view the we are on the verge of real change and with that come both opportunities and challenges. This is without doubt a time when fortune favors the bold. I suspect we will look back on the early twenty twenties with the benefit of hindsight and talk about those companies that were brave enough to embrace change and grasp the nettle of this renaissance and run with it, disrupting and shaking things up as they go.

These will likely be the new rising stars of the electronics industry. 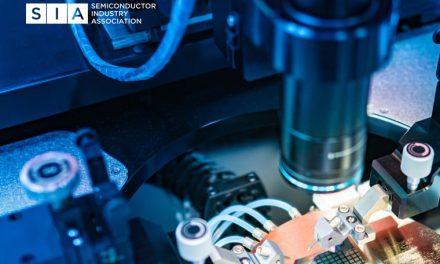 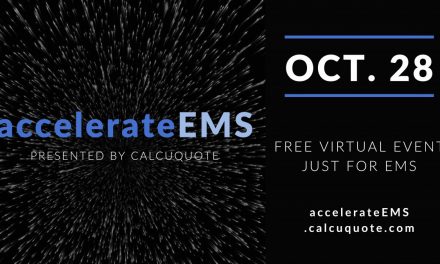