What Manufacturers Want From The Next POTUS 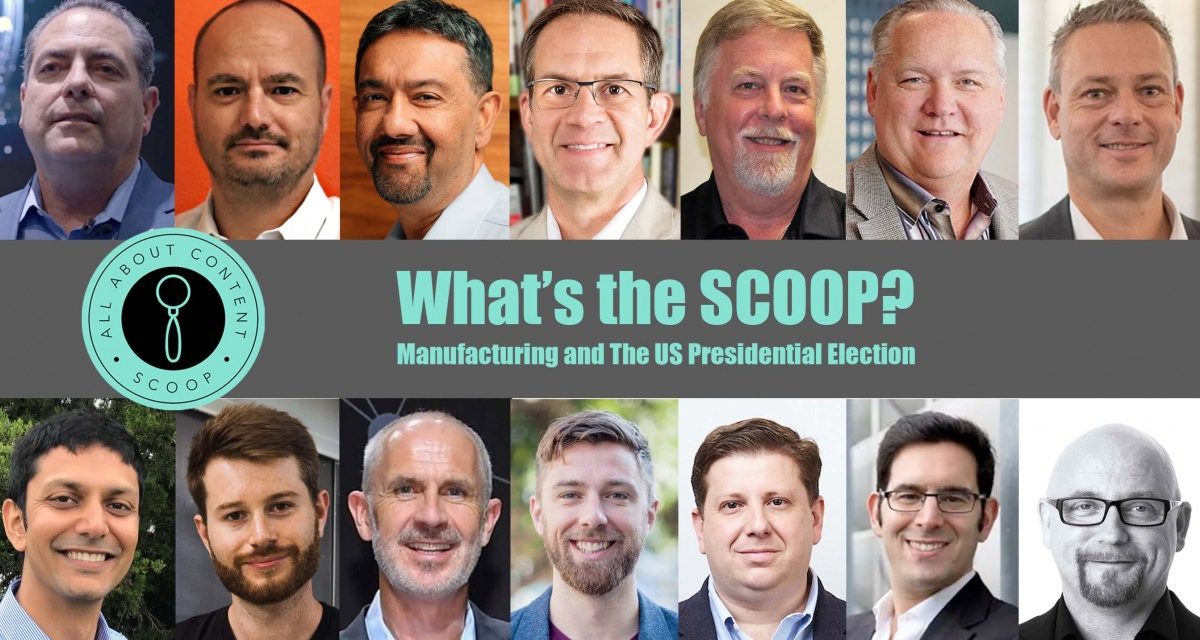 By Philip Stoten and more than a dozen Manufacturing Industry CEOs

It’s election day in the US next week and the candidates are lining up on many issues, not least this year’s pandemic and the future of the economy. This year, more than ever, supply chains, manufacturing geographies and manufacturing jobs have been hotly debated. Concerns over dependance on China, on supply chain agility and on resilience to disruption have been central in multiple debates.

But what do the captains of industry think the winning candidate should be doing to incentive a stable supply chain and a US manufacturing renaissance? And what do they think of the stance of the candidates in the lead up to polling day?We spoke to more than a dozen CEOs of manufacturing companies and asked them.

Jim Rowan, former CEO & COO, Dyson, COO of RIM (Blackberry) commented, “When it comes to manufacturing jobs, it’s a case of ‘be careful what you wish for.’ Many of the manufacturing jobs in China would simply not suit the US economy; the wages are low and the numbers are high. Yoav Zingher, CEO of Launchpad.build agrees, adding “both candidates are trying to compete with China by encouraging or mandating jobs move back to the US. But these are not the right types of jobs. Americans shouldn’t and won’t work under the financial and safety conditions of low cost offshore workers. They are both trying to encourage or enforce the purchasing of US manufactured products, but unless they tackle the major cost advantage that China has, this will not work.”

Misha Govshteyn, MacroFab CEO weighed in, saying, “Neither candidate has set a clear set of measurable objectives similar to the ‘Made in China 2025’ effort. If we want any of the benefits of supply chain rebalancing to accrue to the US, we need meaningful engagement on policy from the manufacturing leaders and true accountability for reaching our goals at the cabinet level. So far, while the trade war has succeeded in being disruptive for China, most of the gains have been captured by countries other than the US, and we simply have to do better.

There is little to no doubt that action is needed, Dr. John Mitchell, president & CEO of IPC, the industry’s trade association, recommends “what the next President of the United States and his administration do is focus on strengthening supply chains to ensure both the security and resiliency of their critical products (electronics is clearly one of these). The pandemic has been a wake-up call to the world that a back-up plan at a minimum is required.”

Jeff Benck, Benchmark Electronics’ CEO agrees, “The first priority Benchmark has for US policy related to manufacturing is that our country comes to a resolution on the current trade challenges the US is experiencing with China. In addition to international trade concerns, we’d also like to see a larger focus on bolstering domestic manufacturing. This would include grants, tax credits, and other incentives for organizations to invest more in domestic electronics R&D and manufacturing.”

John Mitchell adds, “The next area I would focus the US on would be improving trade: resolving disputes with China; engaging with the WTO to become more effective (rally the world to give the WTO more power to globally arbitrate and assess penalties); and, working with allies and neighbors (Canada and Mexico) toward economic recovery. Building barriers is the wrong answer, solidifying respectful relationships is the path forward.”

And for the European view, Rainer Koppitz, CEO of KATEK said, “both presidential candidates are rightly focused on boosting the US economy after the pandemic to reduce the long lasting impacts on jobs and the stock market. The result is a big infusion of money into the economy. The trade war with China also seems set to continue regardless of which candidate is successful, even though their diplomatic approaches may differ. This is likely to weaken the trade partnerships the US has with China and strengthen those with other countries in the Americas as well as with Europe. Concerns come when this style of confrontation exists with more nations and the actions become unpredictable. This unpredictability is bad news for manufacturing as a whole, we want stability in the market and in trade relations.” Summarizing Koppitz suggests, “we want a partnership based approach that sees the US being collaborative and takes some of the risk out of investment plans for our industry.”

Theo Saville, founder and CEO of CloudNC based in the UK, believes “the US will want to protect and expand its capability for manufacturing self-sufficiency. They know that once a particular industry stops, the skills and equipment quickly disappear and can take decades to return, if they ever do. This danger is clearest in complex industries like shipbuilding, but just as relevant for the basics, like metals production and mineral extraction. The US has spent the last decade reducing its reliance on China for rare earths and on the Middle East for oil.” Theo suggests, “to compensate, the candidates should subsidize and support development of leapfrog technologies, especially autonomous manufacturing tech. The factories of the future contain no human decision-making – 3D files in, parts out. A labour cost or skills base advantage becomes almost irrelevant in the face of this.

All in all manufacturing needs a vision of a stable manufacturing industry where disruptions from unexpected challenges like pandemics or natural disasters are not amplified by political distractions and sepratist policies that undermine the global economy. Generally manufacturing executives know what they need to invest in and would like to have incentives delivered that allow them to invest appropriately in automation, in digital transformation, in upskilling staff and in creating sustainable manufacturing solutions.

The US, and by proxy its President, needs to be collaborative and statesmanlike on the world stage, setting a great example of how democracy, capitalism, sustainability, and manufacturing can all co-exist.

Creative Electron CEO, Dr. Bill Cardoso concludes, “since World War II, the US has been the global crusader for democracy and free markets. We believe in designing and making products locally. We believe we need to take care of the environment before it’s too late. We believe we need to pay our team good wages so their families can prosper. We believe in hard work so we can leave a better world for our children. We also believe that diversity and freedom of expression make us a better company and a better country. As such, we support policies that allow us to prosper while punishing states that foster anticompetitive activities. “

Dave Evans, Fictiv CEO sums it up perfectly when he says, “The US is a hotbed of innovation and creativity in just about every area, not least manufacturing. Embrace that, create the right environment for transformation, and we will create a manufacturing sector that is the envy of the world.”

You can see the full response of all the CEOs that SCOOP talked to right here.