Is It Time to Retire ROSE Testing – Whether As a Cleanliness Test or Process Control Tool? For decades now, the electronics industry has had a growing need to understand the impacts of chemical residues on printed board (PB) and printed board assembly (PBA) reliability. Residues left from flux and other process chemistries can potentially lead to premature failure of assemblies once in the field. Understanding where such residues originate and their impact on product function is paramount to mitigating product failures due to “cleanliness” issues. One tool that has been used since the latter 1970’s to evaluate printed board and assembly “cleanliness” has been the Resistivity of Solvent Extract (aka ROSE) test. The ROSE test was developed in the early 1970’s by the Naval Avionics Warfare Center in Indianapolis, IN. The early test used a squeeze bottle containing a solvent comprised of 75% 2-propanol and 25% deionized water (75/25). The surface of an assembly was rinsed with the 75/25 mixture and any material (e.g. flux) easily soluble in the mixture was rinsed and captured in a beaker. The resistivity of the captured solution was measured and the final result was expressed in terms of sodium-chloride equivalents (NaCl eq.). Later versions of the test were automated and a 10.06 microgram (µg) of NaCl eq. / in2 (1.56 μg of NaCl eq. / cm2) limit was eventually ascribed to the test. That limit became enshrined in various military specifications, such as MIL-P-28809 and WS-6536 and eventually became the industry pass/fail standard. That limit persists today and is used across a wide base of material sets from bare boards to assemblies to components.

Over the last two to three years there has been considerable discussion within various IPC committees about the role of the ROSE test in today’s assembly environment. The transition from predominantly water wash processes to “no clean” has meant the advent of very different flux compositions. The question has been posed, on numerous occasions we might add, about whether or not the ROSE test is still a viable option for evaluating PB and PBA cleanliness. There have essentially been two camps of thought on the subject; those that want to continue using the test and who desire to re-invent it as a “process control tool” and those that think the test has run its useful course.

In an effort to update the test, IPC’s J-STD-001 committee commissioned a subgroup of users and subject matter experts to determine if there was a “best” practices use that would bolster its continued application. Two conclusions were reached by that subgroup: first was that the ROSE test should no longer be referred to as a “cleanliness” test, but as a “process control tool.” This was a reasonable conclusion since ROSE was never meant for “cleanliness” as industry had defined it. Second, users of the test must provide objective evidence, aside from just ROSE alone, to show that their manufacturing process is in control. More information about what the subgroup defined as “objective” evidence can be found in IPC-WP-019.

The statement made in the title is where we want to focus most of our discussion. Joe and I are in the camp that believes the ROSE test provides little value for evaluating today’s assembly products. Here’s why: The first significant concern with the validity of the ROSE test is the solvent. Back when the test was developed the predominant flux being used was comprised heavily of rosin (> 30%). The 75/25 mixture was a very effective solvent for breaking down that flux and bringing into solution. This is an important factor to consider because in order to accurately measure the amount of residual flux on a PBA, you must first have a solvent that can dissolve it into solution.   This is one of the major problems with the ROSE test today.

Why is the solvent an important consideration? Typically there are four questions that are asked when performing “cleanliness” testing of assemblies. The questions are as follows:

1) What types of residues are on the surface of the assembly?

2) What are the concentrations of those residues?

3) Do those residues / concentrations pose any risk to product performance / function?

4) Where are the residues originating? In order to have any hope of answering these questions, we need to consider a testing platform with two very specific attributes. Those two attributes are selectivity and sensitivity. With the advances in board design, product miniaturization, process improvement and the myriad of chemicals used in assembly production today, a bulk-solvent measurement is not adequate for determining if there are any hidden residue traps.

Next the ROSE test uses far too much solvent for an accurate test. This is a problem because too much solvent has a diluting effect that causes any extracted residue to be lost in the noise of the system. The solvent volume is a major consideration for residue evaluation because we need to get a more concentrated representation of what is on the surface. In the real world, failures rarely result from liters of liquid coming in contact with the assembly. Quite often all that is needed are droplets and in some cases, only humidity.

Now to the issue of using the ROSE test as a “process control tool”… Before we discuss this any further, we must first define what “Process Control” is. A quick search on Google yielded a number of varying ways to define the term. However, the following, taken from www.businessdictionary.com, suits this discussion the best. Business Dictionary defines process control in the following way: “Activities involved in ensuring a process is predictable, stable, and consistently operating at the target level of performance with only normal variation.”

Those in favor of continuing to utilize ROSE for process control might argue that it can and does meet the attributes in the definition. However, the bigger question that we pose today is does ROSE do so across all product types, designs and material sets? In our opinion, the answer is definitively No.

Having analyzed the “cleanliness” of assemblies for over 50 combined years, Joe and I can say one thing with absolute certainty… Not all assemblies have the same threshold of tolerance for process residues. Some assembly designs are far less tolerant than others. Considering the industry’s drive towards reducing board real estate and increasing population density, then naturally there is a need for a more rigorous method for understanding what is lurking just on the surface. A bulk-solvent residue measurement from a 50 year old methodology no longer meets the need, at least not across all industry segments. We cannot hope to achieve the level of understanding we need related to the impact of our process residues from a method that has not changed since the 1980s when bulk-volume testers became the norm. In addition, the IPC task groups responsible for that method have not addressed its limitations and have not done their due diligence in keeping the method on par with the industry trends. This is not a slam towards those task groups. They are after all comprised of volunteers that have real jobs to focus on. However, we can’t afford to be complacent anymore. Our methods must attempt to keep pace with technology or we run the risk of gathering data that gives only a partial picture or worse, nothing of value at all. So what is the alternative? Since we are dealing specifically with ionic residues in this article, there is currently one tool that has both attributes described earlier and is primed for evaluating the ionic residues of modern assemblies: ion chromatography (IC). IC is a very accurate and repeatable tool and the volume of solvent used for an extraction can be substantially less. Now, all that said, it is not without its limitations. IC is not particularly well suited for setting on the production floor. It requires more qualified individuals to run it and to interpret the results and it currently uses the same solvent as ROSE. While there are some needed modifications with the IC method and equipment, we believe it is by far the best tool for tracking, investigating and monitoring the levels of ionic residues on your PB’s, PBA’s and even components (for you GEIA-STD-0006 folks).

If you want to participate in advancing the cleanliness measurement technology, have any questions, or suggestions, please feel free to contact either Joe or Mark.

Imagining the Hospitals of the Future 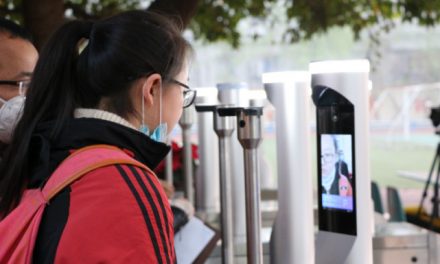 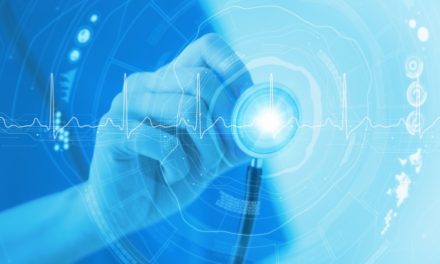 How the Global Pandemic is Reshaping the Evolution of Healthcare