The EMS industry – A consolidation story 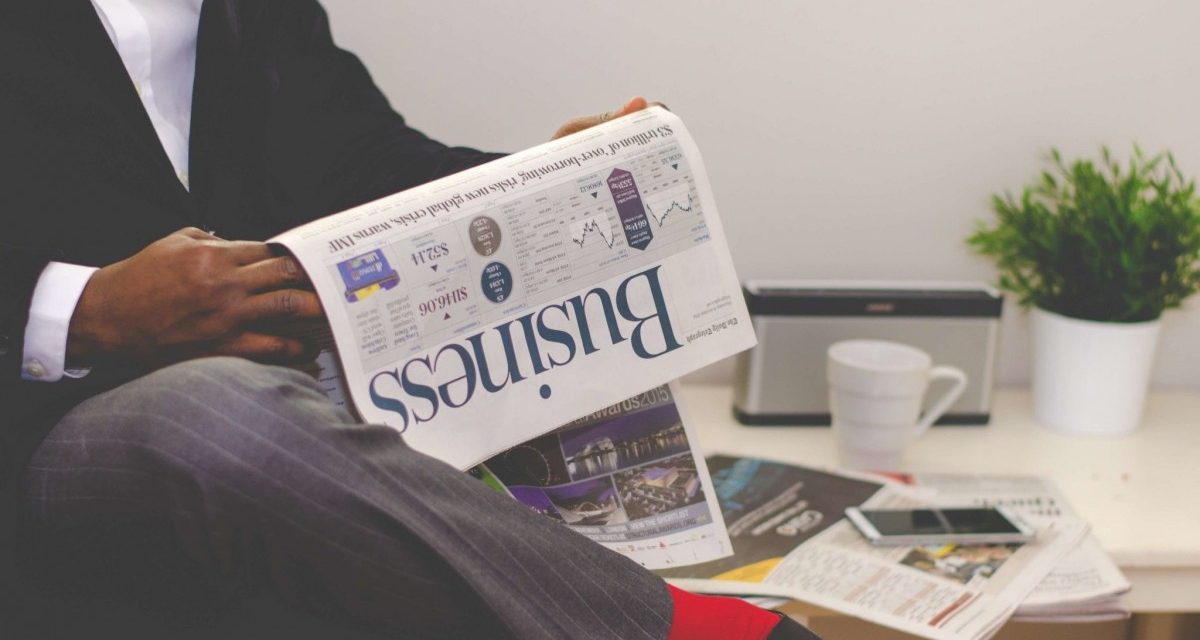 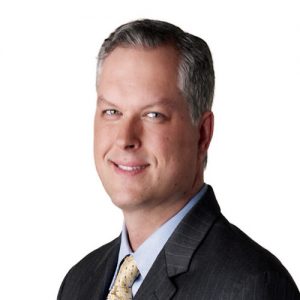 Industry consolidation in the U.S. is not a new trend, but one that tends to accompany positive economic conditions and a healthy stock market.  Over the past decade or so, consolidation has touched every sizeable domestic industry, helped in large part by strategic acquirers’ healthy balance sheets and private equity and hedge funds that have been able to tap increasingly large pools of institutional capital. During this heady period of M&A activity, the EMS industry experienced its fair share of consolidation. However, the activity was relegated primarily to the middle and lower-middle markets, although there may be still some room for Tier I and II companies to make transformational acquisitions. Nevertheless, long gone are the days when EMS companies made two to five, and in some cases more, needle-moving acquisitions a year.

Hence, recently we have not witnessed much press about the EMS industry’s acquisitive appetite, despite being an industry where competitive dynamics require the pursuit of strategic alternatives by many of the Tier III and IV providers. Admittedly, the press tends to focus primarily on the Tier I leaders in the EMS industry, many of whom were working to right size capacity and remedy their internal organizations. Many who follow the EMS industry might say there is a reasonable explanation for this: The hyper-acquisition activity that occurred in the 1990s and early part of the 2000s has led to the transformation to a mature industry.

Granted, the major players in the industry are now well-positioned across the globe in terms of low-cost capacity, personnel and systems, but below the top tiers, there were many companies that were not positioned for the rapid mobilization of low-cost programs overseas. As a result, some restructured operations to focus on niche areas that promised less competition from the top tiers, higher margins and better returns on capital.

For the unsuspecting Tier III and IV EMS business owners who focused on more commoditized services and products, consolidation has had negative effects. Consolidation has facilitated the emergence of a few large, well-capitalized, low-cost market leaders in what was previously a fragmented industry. The post-consolidation market leaders dominate the competitive landscape through economies of scale, global presence and broad product/service offerings. Many times their success has come at the expense of smaller independent companies that lost business as a result of not repositioning to compete effectively.

It is no secret: The most widely recognized beneficiaries of consolidation have tended to be the shareholders of prominent Tier I and II consolidators. These companies made hundreds of acquisitions over the past 25 years, helping to create large dominant franchises in their fields of expertise, mainly high volume/low mix programs, and in the process created significant market capitalizations and shareholder value. The question today is whether there is still an opportunity for middle and lower-middle market EMS providers to create significant wealth in this mature industry that is dominated by a handful of global leaders.

We think there is. Interestingly, we base our belief on a distinctive characteristic of the EMS industry. Today, there are two dividing branches related to the industry’s strategy tree. You are either broadly characterized as a high volume/low mix EMS provider, which includes the well-capitalized Tier I and II companies that are the global leaders today, or you are a low volume/high mix niche Tier III or IV EMS provider that caters to OEMs in industries such as military/aerospace, medical, industrial and instrumentation that value close proximity and the ability to provide complex manufacturing and personal customer service. Although many of the global leaders can provide these services, at certain times in the electronics cycle, these EMS providers tend to overlook customer service. Furthermore, many of these programs tend to be too small for a $1 billion-plus revenue company. As a result, OEMs often favor smaller regional niche providers that truly value and foster their relationship, a relationship that could represent a major portion of the EMS provider’s revenue and profitability and, therefore, its competitive livelihood.

Obviously, the first branch (high volume/low mix strategy) has clearly matured from the standpoint of consolidation. However, the second branch, or the low volume/high mix niche strategy, is creating consolidation opportunities for private Tier II and III EMS business owners who want to enhance the value of their equity holdings. We importantly note that the window of time to effectively execute this strategy is closing rapidly, as low volume/high mix assets with strong customer relationships and solid profitability and return characteristics are becoming fewer by the year.

We see a major opportunity for value creation for private Tier III and IV EMS providers who are willing to take a regional approach to expanding nationally into incremental profitable growth areas of the United States utilizing a consolidation strategy. Tier III and IV providers should focus efforts on acquiring a select group of targets that are located in active areas around the United States and Mexico, but that remain regionally focused on serving the customer. We believe this focus should be on purchasing small and mid-sized EMS businesses with strong regional positions in specialized, growth-oriented market niches, and then using these acquisitions as platforms for further development and expansion in that region. This buy versus build approach can rapidly offer new customer relationships, enhance scale for establishing a leading presence in certain emerging sectors and regions and provide access to under-penetrated markets where growth opportunities typically are higher than traditional segments.

These targets should bring low volume/high mix customers in industries that provide the best opportunity for superior returns on capital and that remain under-penetrated and are relatively protected from overseas outsourcing. These opportunities include the military/aerospace market, medical market, and industrial and instrumentation markets. Companies would be well-served to focus on targets with strong engineering expertise that have developed entrenched, collaborative relationships across a diversified blue chip client base, where the “value” goes well beyond just assembly.

The aforementioned target industries are viewed by many as defensible niche areas of growth and profitability that will primarily remain out of the hands of China and other low-cost regions of the world because of two inherent traits: 1) the necessity to be in close proximity to the customer and 2) the high complexity involved in manufacturing. The benefits of this strategy are many. First, the newly acquired entity remains very close to the customer, both in proximity and relationship, providing for more personalized service. Second, the combined company may take advantage of economies of scale related to combined purchasing power of components.

Finally, improved diversification of the customer base and the ability to leverage new and existing relationships offers both a lower risk profile and top line growth opportunities. All of these benefits lead to a relatively higher valuation for EMS companies and, in the end, should provide a solid base for creating shareholder value. We believe the time is right and that this acquisition strategy can become a successful growth and profit engine for those who are willing to commit the time and effort over the next five years.

The Four Stages of Industry Consolidation

Usually for a business owner to maximize value, the time to sell is during Stage Two or Three when acquisition multiples are relatively higher and competition among acquirers is fierce. However, because of the branching strategies mentioned earlier in this article, Stage Four still offers well-positioned EMS providers opportunity for value creation or realization.

To benefit from consolidation while avoiding its pitfalls, a Tier III or IV business owner should carefully choose a strategy to adapt to the changing business environment. Three potential strategies are available to a private middle-market EMS company faced with consolidation: become a consolidator, be acquired, or stay-the-course.

Become a Consolidator. Although becoming a consolidator is an appealing concept to many EMS business owners, it is not a viable option for many providers. A company requires two primary characteristics to be successful as a consolidator.

Be Acquired. Many EMS providers do not have the resources to succeed as a consolidator. Such companies may choose to participate by being acquired by one of the market leaders or larger niche providers. To maximize the value received by the acquired company’s shareholders, timing is critical. We generally recommend running a competitive process that is designed and uniquely tailored to meet the specific needs and objectives of the shareholders. An investment banker can orchestrate a competitive, controlled sale process that maximizes value and results in a high certainty of closing.

Stay-The-Course. Staying-the-course is the default option for EMS business owners who elect neither to consolidate nor to be acquired. Staying-the-course is risky because the post consolidation market is likely to be significantly altered. The market leaders will be large, well-capitalized, and intent on garnering the market share of the remaining independent companies. Many small to mid-size companies may find it difficult to survive unless they have plotted a strategy that adds value to the customer. The independent companies likely to fare best are those with a market niche that can effectively defend against substantially larger competitors.

Conclusion
The owner of a mid-size EMS business in a consolidating industry should develop and implement a strategy to adapt to the changing business environment. Today, the second wave of consolidation is arguably taking place at the lower tiers of the EMS market. If it makes sense to become a Tier III and IV consolidator, the time to begin is today when acquisition multiples are reasonable and targets are available. If selling is the best strategy, the sale should be timed to maximize value. EMS business owners who decide to stay-the-course should develop and execute a viable plan for competing in the post-consolidation market. Choosing the right business strategy will greatly enhance a company’s chance of being a beneficiary, rather than a victim, of industry consolidation.

Strong Job Growth for US IT Sector in July, CompTIA Analysis Reveals