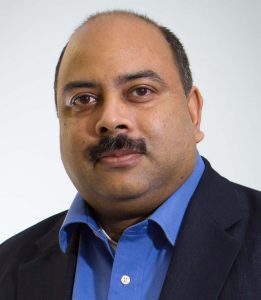 In this our first standard overview, we look at GEM. At its history, its application and its suitability for use in the smart factories of today and the future.

The GEM standard is published and maintained by the international standards organization SEMI based in Milpitas, CA, USA. SEMI uses the standard designation “E30” to identify the GEM standard with the publication month and year appended as four numbers to designate a specific version. For example, E30-0418 identifies the version of the GEM standard published in April of 2018.

Not surprisingly, most systems today are using the HSMS. HSMS does not specify the Physical Layer. Any physical layer supported by TCP/IP can be used, but typically everyone uses an Ethernet network interface controller (NIC) with an RJ45 port. When using the SECS-I standard, the messages size is limited to 7,995,148 bytes (about 8MB).

The GEM standard is built on top of SEMI standard SECS-II (E5). The SECS-II standard defines a generic message layer to transmit any data structure and defines a set of standard messages each with a specific ID, purpose and format.

GEM was developed by the semiconductor industry to allow fabricators to connect and manage multiple machines in billion dollar facilities all around the world.

GEM is the adopted technology by factories worldwide because it is mature and supports all the features required now and expected in the future. GEM allows the same technology and software to be used to integrate multiple equipment and process types, independent of supplier.

The GEM standard is used in numerous manufacturing industries across the world, including semiconductor front end, semiconductor back end, photovoltaic, electronics assembly, surface mount technology (SMT), high brightness LED, flat panel display (FPD), printed circuit board (PCB) and small parts assembly. The adaptability of the GEM standard allows it to be applied to just about any manufacturing industry.

All semiconductor manufacturing companies including Intel, IBM, TSMC, UMC, Samsung, Global Foundries, Qualcomm, Micron, etc., currently use the GEM standard on all manufacturing equipment and have for many years. This includes 300mm, 200mm and 150mm wafer production.

GEM was successful enough early on that SEMI developed and currently uses several additional factory automation standards based on GEM technology. These additional standards are referred to as the GEM 300 standards, named because of their widespread adoption by the factories dedicated to the manufacturing of 300mm wafers.

In 2008, the photovoltaic (solar cell) industry officially adopted GEM with SEMI standard PV2 (Guide for PV Equipment Communication Interfaces) which directly references and requires an implementation of the GEM standard. In 2013, high-brightness LED industry created a similar SEMI standard HB4 (Specification of Communication Interfaces for High Brightness LED Manufacturing Equipment). Recently, the printed circuit board association has followed in the same path with ballot 6263 (Specification for Printed Circuit Board Equipment Communication Interfaces). All three standards similarly define implementations of the SEMI standard that increase GEM’s plug-and-play and mandate only a subset of GEM functionality to facilitate GEM development on both the equipment and host-side.

GEM requirements are divided into two groups; Fundamental Requirements and Additional Capabilities. Any equipment that implements GEM is expected to support all the Fundamental Requirements. Additional Capabilities are optional and therefore are only implemented when applicable. This makes the GEM standard inherently flexible so that both a simple device and a complex equipment can implement GEM.

GEM easily and inherently scales to the complexity of any system. A simple device need only implement the minimum functionality to serve its purpose. Whereas complex equipment can implement a fully featured GEM interface to allow the factory to fully monitor and control its complex functionality. GEM also allows multiple host applications to connect to an equipment.

The requirements in that the GEM standard only apply to the equipment and not the host. This means that equipment behavior is predictable, but the host can be creative and selective choosing to use whichever features from the equipment’s GEM interface to attain it goals.

Remember our simple seven-point checklist for connectivity from our original article:

Put simply GEM succeeds in each of these areas and you can find more detail by downloading our white paperor watching the videoson our website.

If you’re looking for a tried and tested standard that can be applied to any smart manufacturing ecosystem, no matter how large, it’s hard to beat GEM. The semiconductor industry is one of the most demanding and expensive industries in the world and they have done the work for everyone else at great cost and over many years. Industries like PCB fabrication are adopting this standard rather than developing their own for good reason, they need something that can be applied quickly, reliably, economically and at scale.

Forgive the pun but, we believe GEM is the gold standard for standards. We’ve been working with it successfully for decades in the semiconductors industry and more recently in PCB and SMT facilities. In some cases, we have deployed GEM at the request of OEM customers to drive greater control and traceability in their supply chain.

For more information on GEM and its deployment in any factory environment, contact the author, Ranjan Chatterjee.

Here Are the Odds That One of SpaceX’s Internet Satellites Will Hit Someone, According to IEEE

Spurred by Digital Transformation and Smart Technologies, Blockchain Revenues to Hit US$10.6 Billion by 2023, Says ABI