LONDON-The wholesale re-armament of Qatar in the midst of growing regional tensions caused a dramatic shift in the global defence trade market, according to the 2018 Global Defence Trade Report, released by Jane’s by IHS Markit, the global business information provider (Nasdaq: INFO). The annual report highlights a 3.8 percent compound annual growth rate in total exports since 2009 across 2018.

”Regional tensions in the Middle East continue to drive growth in the global defence markets as we see armament projects take hold,” said Ben Moores, senior defence and aviation analyst at Jane’s by IHS Markit. “We are also seeing that regional imports from East Asia – especially Taiwan, South Korea and Japan – jumped by 50% over the past decade from USD10.6 billion in 2009 to USD16.2 billion in 2018.”

Key highlights from the Balance of Trade study:

Sitting outside the top 20 global markets for defence imports since at least 2009, the Qatari defence market has now jumped to eighth place in 2018.

“Despite having a population of 2.6 million people, Qatar has the fourth largest import backlog over the coming decade and will be the third largest importer globally for most of the coming couple of years,” Moores said. “The acceleration of a wholesale re-armament of Qatar has been primarily driven by its political disputes with Saudi Arabia, combined with regional instability.”

The Qatari defence market has traditionally sat outside the top 20 global markets for imports but jumped to ninth place in 2017 and eighth place in 2018. Qatar imported USD 2.6 billion in 2018 (against USD 700 million in 2009) and has a ten-year order backlog of USD 28 billion.

The Middle East import defence market was worth around USD27.4 billion in 2018, just under one third of the global defence trade market, with US companies accounting for half of all defence exports to the region.

“Continuing the trend that started in 2009, countries in the Middle East are importing more than ever – this trend shows no sign of slowing down,” Moores said. “With imports of USD 27.4 billion, the region imported more than Western Europe and Central and Western Asia combined (at USD23.8 billion).”

After half a century, France set to overtake Russia and claim position as second largest global exporter

France is set to eclipse Russia as it reaches USD7 billion in annual exports and climbs to become the second largest global exporter of arms by 2020.

“Exports of the Rafale fighter aircraft to India and Qatar are the primary reason for the expansion, but wider continued success in exports to the Middle East as well as wider helicopter exports have driven this spectacular market shift,” Moores said.

The US remains the largest exporter with USD32.7 billion defence exports in 2018 and a substantial ten-year order backlog of USD280 billion primarily driven by the F-35 programme and key allies rearming.

“The East Asia region has an order backlog of USD108 billion out of a global order backlog of USD621 billion. This makes East Asia the fastest growing defence export market globally and the second most important market after MENA,” Moores said. “The export growth has been led by China and South Korea who have penetrated a number of higher end market areas such as military aviation.”

As the UK moves away from its domestic defence manufacturing industrial base, it is becoming an increasingly more important market for exporters. The UK is set to become the fifth largest market for defence imports, despite being traditionally outside the top 10 importers.

“Current UK defence industrial policy is to acquire capability at the lowest possible cost, often regardless of potential domestic partnership or offset work. This policy led to the end of the vehicle industry over the past decade and is now set to see the UK’s aviation sector lose large segments through lack of domestic offset from foreign manufacturers. Brexit will accelerate this trend,” Moores said.

*All figures in constant USD

About the Global Defence Trade Report

The Global Defence Trade report examines trends in the global defence market across 65 countries. The report was created using over 40,000 programs in the Jane’s Markets Forecast database, a publicly sourced global forecasting tool that tracks current and future programs from the bottom up, looking at deliveries and funds released to industry rather than budgets. The study covers production, R&D, logistic support and service revenues where there is an export.

The entire market is covered within the database except for munitions and small arms, however within this study anything under 58mm calibre has not been included. The study only tracked programs with a primarily military function, removing homeland security and intelligence programs. Constant US dollars are used as the study’s base. For additional information, visit: www.ihsmarkit.com/jmf.

Award-winning mechanical, aerodynamics and software engineers to inspire other women 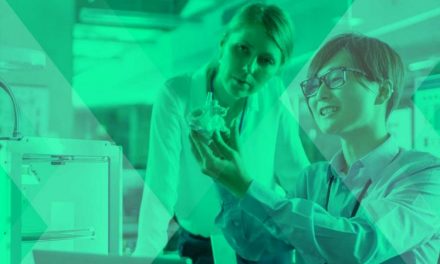 The Global Blockchain Market Expected to Grow at a Compound Annual Growth Rate (CAGR) of 79.6%.