Raising Up the Next Generation of PCB Designers

Over the last few years the printed circuit design industry has realized it has a growing and very serious problem, it is running out of printed circuit board designers. 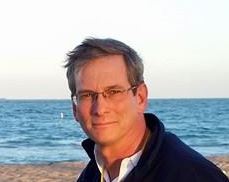 There are a myriad of reasons and excuses why this has happened. Some make sense and some are complete nonsense. I’ll try to explain it as I see it and give you my opinion. I have been in this industry for 41 years. When I started it was before the age of computer aided design (CAD). Layouts were done using colored pencils on a drafting table on multiple sheets of Mylar and the artwork was generated by spending days leaning over a light table placing pieces of tape onto acetate sheets to make up each layer of the board plus the solder masks, silkscreens, etc. The process was lengthy and tedious and one designer could only work on one design at a time, maybe two if they were really good.

Now let’s imagine a region of the country that did a fair amount of design work that would require 100 full-time printed circuit designers to do it the old-fashioned way. Then all of a sudden here comes CAD and the design time is cut to a half or a third and one designer can easily handle multiple designs at one time. A good deal of the experienced designers were unable or unwilling to make the transition to CAD and moved on to new chapters. Now the region has maybe 40 designers that are doing the same amount of work that the 100 used to do and are doing it well. The remaining designers were in their 20s or 30s and for the last 30 years those men and women have been able to support the design needs in their area. Occasionally someone would leave the industry or maybe one of the older folks would retire and a new designer would be found and trained but not all that often. Over the last 30 years advances in the CAD tools has made the work even more efficient and streamlined so maybe now we are down to 35 designers in our imaginary region.

That brings us to the serious problem. All of those 20 and 30 something designers are now in their 50s and 60s, and we have an industry where probably 70% of the work force is about to retire in the next 10 years. Who is going to be doing the printed circuit design work of the future?

From some of the articles that I’ve read lately it appears the industry is leaning towards having the electronics engineers do their own circuit designs. Now I won’t come right out and say that’s a bad idea, I just think it’s an idea that has sprung up out of desperation. True, the CAD tools are getting more complex and are getting closer to that imaginary point where you can push a button and get a routed database. But were not there yet (if it can even be done without artificial intelligence). I have met a few engineers over the course of my career that could do their own printed circuit designs and do a fairly good job of it, but at the expense of efficiency. Something a PCB designer could do in a week might take an electronics engineer two or three weeks just because it is not something they do every day. And I know for a fact that a majority of the engineers I work with don’t have any desire to do their own designs.  Whatever the reason, they just don’t want to do it. There are many other issues involved here that I will try to address in my follow-up article addressing “just because you can doesn’t mean you should”, but for the moment let’s just say it isn’t the best use of the engineer’s time or their company resources.

So where does that leave us? At ACDI we have decided to hire and start training the next generation of printed circuit designers to support our customers’ design needs. Over the last 1 ½ years we have hired three new and very promising recent college graduates, and we hope to continue to add more over the coming years. Being a fairly competent designer and having acquired a good deal of knowledge over the last few decades on designing boards and the fabrication and assembly processes that follow, I was recently promoted from Senior Designer into the position of Design Services Manager. With this promotion, I made the commitment to passing on some of my knowledge to the next generation.

One of the reasons I became a fairly competent designer was because I was fortunate to work with some outstanding engineers over the years who had the patience to work with me and teach me all they could or at least all I could absorb. If you uncover an area for improvement during your design review cycle, it would be helpful to tell our designer what you would like instead and how that improves the circuit. Enough continuous feedback and we’ll have a designer asking if you want your bias feed inductors in-line or pulled out and you won’t have to tell them the resistor in your power supply is a sense resistor with a Kelvin connection. Make use of GOTOMYPC, Skype, Webex or your connection app of choice or simply come in to ACDI to go over your changes. That helps to get the design done right the first time. If there are issues you can’t work out or your designer doesn’t understand to your satisfaction, call (301-624-1630) or email me and together we will get a design we can all be proud of.