This is the first of a new monthly column I’ll be writing for EMSNOW, where I review the month’s activity from an industry standpoint but mainly from my own travels and experiences. My month, along with that of most of the industry, started in San Diego with APEX, before heading north for a week in Silicon Valley, then down to Guadalajara in México to start planning April’s InnovationsFORUM. Having spent three days on the SCOOPstudio at APEX talking to more than sixty executives on camera and many more in the aisles, I felt I had a good handle of what is driving the industry in 2018. I always appreciate the way the year starts with CES in Las Vegas and the APEX. A chance to see the consumer’s viewpoint of technology before getting into the nuts and bolts of manufacturing and supply chain.

This year, more than ever topics between both events blurred together, with technologies like AI and AR finding a voice at both shows. Another crossover came observing the challenges faced implementing Smart Factories at APEX and Smart Cities at CES. Both with challenges around the connectivity and infrastructure layers, before value added services can be built on top. It was fascinating to talk to Dan Gamota of Jabil, Ayo Kajopaiye of SEMI and Marc Benowitz of iNEMI about the ‘digital building blocks’ and the collaborations that are key to success in this area. That debate is available on EMSNOW, and is part of the SCOOPStudio APEX playlist with nearly 60 video interviews and debates shot at the show.

For me one of the key takeaway from the event was a greater sense of community and collaboration than I have seen before, with companies putting competitive agendas aside and working together for the good of the industry. All held together with the glue of the IPC and their energetic team.

Having got back to Guadalajara it was a pleasure to connect with friends and colleagues at Plug n Play Mexico, at Tec de Monterrey. I was honored to be invited to judge one of their pitch days, and to present to and mentor some of this year’s crop of startups. This is my second year on both roles and I’m happy to say that innovation is alive and well and flourishing in Mexico. This year’s crop of startups is even more impressive than the previous crop, bringing innovative ideas and new business models, ranging from hardware to software and from smartphone applications to cryptocurrencies and blockchain.

If you attend numerous similar events in both Sunnyvale, California and Guadalajara, Mexico, you can’t help but notice the relatively small number of hardware startups compared to those in software and apps. The Uberization of everything has stimulated numerous ideas connecting available and underutilized resources to willing consumers. Homade is a great example of this, offering comfort food, delivered to your door, via a simple app. It is creating a new revenue opportunity for those who cook well at home, and the chance for consumers to economically sample local cuisine. It already has 50,000 users in its home city of Lima, Peru. The one hardware startup I saw was providing collars for cattle with sensors that, with some smart software tools, can predict optimum fertility times. I was also hugely impressed with a startup in the blockchain and cryptocurrency space called UnitedCoin. A well-funded startup with impressive technology and an even more impressive team of technologists, advisors and experts. There is little more rewarding for someone with as much grey hair as I have, than sharing my experience with young enthusiastic entrepreneurs. The energy and passion that these individuals exude is a joy to be around.

There’s plenty of good reasons for being here in Guadalajara. For one, the sun shines every day for most of the year and the temperatures are around 30 Centigrade (86 Fahrenheit). The food is great and the people are wonderful. But in terms of working in the electronics manufacturing space there are few cities on earth with as much happening. Whilst here, as well as Plug n Play, I’ve visited Intel’s research center, where close to 2,000 of their engineers work, met several of the region’s largest contract manufacturers and the largest Mexican equipment distributors and gained even more insight what makes this city, with close to 100,000 people in electronics manufacturing, tick!

The city is awash with innovation and with technology, it really is Mexico’s Silicon Valley. That’s why we chose to have the first InnovationsFORUM outside Europe in Guadalajara last year. That’s why it attracted more than 250 registrations in the first year. This year we are expecting even more delegates on April 17 and 18, you can learn more about the InnovationsFORUM at https://www.innovationsforummx.com.

March is over and people returning from their Easter or Spring Break celebrations; next month I’ll be at the InnovationsFORUM here in Guadalajara before travelling through the US again and back to Europe for the Hannover Fair.

ZESTRON will be Exhibiting at SMTA International 2019 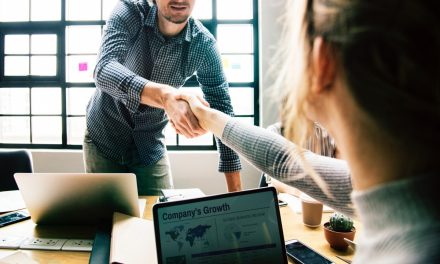 If People Are Truly Your #1 Asset, Then Act Like it!