Owing to the shipment restrictions imposed by the U.S. government, Huawei announced on November 17 that it will sell its subsidiary Honor, including all business units and assets, in order to protect Honor’s brand equity and the livelihood of its employees, according to TrendForce’s latest investigations. Despite the change of ownership, however, “new Honor” still has to cope with the shortage of foundry capacity in 2021, leading to a forecasted market share of 2%, while Huawei’s market share is expected to reach 4%. It should be pointed out that Apple is expected to capture some demand that was previously aimed at Huawei’s high-end smartphones. At the same time, Huawei’s Chinese competitors Xiaomi, OPPO, and Vivo are expected to ramp up device production. Hence, the volume of new smartphones coming from these sources will exceed the estimated market share gap left by Huawei. Also, if the smartphone market does not have sufficient demand to accommodate the overly inflated production plans in 2021, then brands may have to readjust their production targets.

Huawei had been adopting a coopetition strategy with Honor, which comprised of resource sharing and independent operation, and the latter is expected to return swiftly to the smartphone market through cooperation with channels under its preexisting model of independent operation. However, U.S. sanctions remain as the most pressing concern for new Honor, as they affect its component procurement, R&D, product design, and GMS (Google Mobile Services) integration. Whether new Honor will be free to undertake these activities due to its split from Huawei remains to be seen. Assuming new Honor is unaffected by U.S. sanctions against Huawei, TrendForce provides the following four analyses regarding the smartphone market. 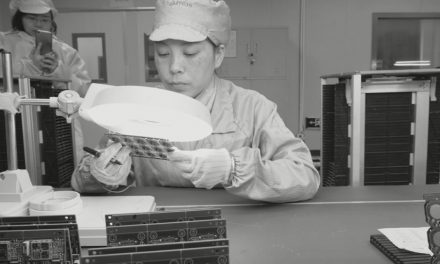 NVIDIA to Acquire Mellanox for $6.9 Billion