Last week’s InnovationsFORUM in Guadalajara Mexico was testament to the success enjoyed by the region of Jalisco as it moves from low cost manufacturer to high tech innovator of products services and processes, whilst maintaining a growing and increasingly sophisticated manufacturing base. 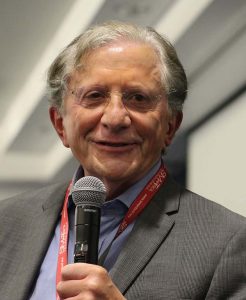 The government has been a supporter of the InnovationsFORUM since the inaugural event in 2017, and this year Jaime Reyes Robles, Secretario de Innovación Ciencia y Tecnología de Jalisco, welcomed the audience of industry executives, engineers, vendors and innovators to the second event. He described the ecosystem developed in Jalisco to support both innovation and manufacturing and how the entire state was moving to a digital economy, digital manufacturing, digital government, and how this supported the trend towards the forth industrial revolution.

Mexico is undergoing many changes and challenges, and seems to be succeeding in meeting those head on while maintaining its own growth trajectory in manufacturing and technology. Last year’s US election with all the disruption around the wall and the renegotiation of NAFTA, brought uncertainty. This year Mexico’s own election and the promise of a new government in December with new ideas and policies is set to be the next talking point among executives. On top of that, tariffs and the threats of trade wars seem set on disrupting the global balance of manufacturing and supply chain

I’ve spoken to numerous EMS and OEM executives in Mexico over the last 18 months or so and the story has been consistent. Things are thriving down here, we’re recruiting, we’re growing in our existing business sectors, and branching out into others, and we’re innovating how we do things in ways we’ve never seen before. Add to this the influx of established OEMs from sectors like medical and automotive, and the high number of startups and Mexican brands and it’s easy to understand the optimism, albeit cautious.

Those new brands and startups have a solid structure around them and this year’s InnovationsFORUM was co-hosted by Plug and Play, one of the world’s largest startup accelerators and by Tec de Monterrey, a university that as well as having Plug and Play (PnP) within its campus, has its own entrepreneurial support structure. Alejandro Cobos, Mexico Director for Plug and Play was second up on a packed program that included pitches from some of their startups. Alejandro explained what PnP was doing with startups in Mexico and how they had built a successful ecosystem to support their growth and innovation.

I’ve been working with PnP in Guadalajara for more than two years now, presenting at some of their accelerator sessions and mentoring some of their startups. It’s a pleasure and privilege to be around the Plug and Play team as well as the innovators that bring fresh ideas and youthful enthusiasm in abundance.

Three of the startups from this year’s group at PnP gave five minute pitches during the day. Their concise presentations were interesting and informative. It’s great to see that you can get a clear message across in five minutes with around five slides; perhaps next year we’ll shorten the time we give the industry presenters and avoid the 40 slide decks we see too often in technical conferences these days. It was gratifying to see two of the three startups present hardware innovations. One was ECGlove, a wearable device that take vital readings in an emergency and can be worn by a paramedic. Another was SmartBell, another wearable but this time for cattle. The collar monitors the cow’s temperature and whereabouts to maximize breeding efficiency. Both devices form a central part of ecosystems that deliver apps and software and utilize the power of data as well as technology. The third start up, Indacar, utilizes data to monitor fleets of vehicles, supporting more efficiency, predictive maintenance and a whole lot of other additional benefits.

It is wonderful to see these young entrepreneurs in discussion with seasoned manufacturing and supply experts. Clearly the industry has much to offer the startup community in terms of mentoring, advice and services, and conversely some of these startups will help drive manufacturing forward through fresh eyes and the application of IoT, AI, AR and other data driven technologies. These young innovators are the pioneers of the digital age; we ignore them at our peril. 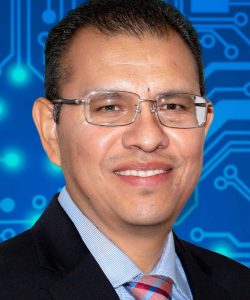 Still in the keynote session we heard from Dr. Horacio Visairo, Director of Intel Labs in México, on the topic of “Innovation Accelerants in the 4th Industrial Revolution: VR, 5G, AI, Autonomous Driving”. The InnovationsFORUM coincided with Intel’s fiftieth birthday, and Dr. Visairo showed a short video of the innovation that Intel had delivered over those five decades. The presentation, that talked through some of the game changing technology we are currently seeing, was evidence that even at fifty it’s possibly to be agile, creative and innovative. Good news for an industry with plenty of grey haired executives in their own second half century, myself included.

The remainder of the program was packed with innovation presentations from vendors in the industry, many focused around data and the application of the smarter manufacturing techniques that are driving the fourth industrial revolution. It’s always a pleasure to see the industry in such good form and presenting ideas that make a real difference. It’s also great to see those executives and engineers networking during the breaks, demonstrating equipment or processes and developing new collaborations.

Mexico has a great deal to offer the manufacturing industry and the wider electronics world. I am certain that, barring any political disaster, it will continue to grow as an increasingly important global player, both in manufacturing and innovation of product and process. I am looking forward to being back in Guadalajara the next time and seeing how the region and individual continue to thrive.

The dates for the 2019 InnovationsFORUM are yet to be announced, but you can check on www.innovationsFORUM.com for the latest news and register to receive updates. My thanks go to all those that spoke, sponsored, exhibited at, and worked on this year’s event and made it a success.

You are all InnovationsFORUM stars! 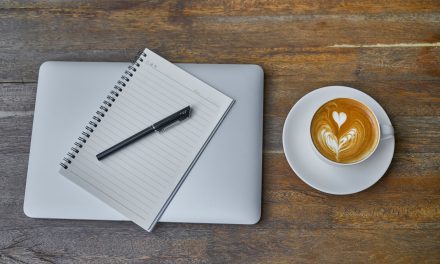 What to Write — Marketing for the Engineer Entrepreneur