If you play the lottery you may be aware that the odds of winning Mega Millions, one of America’s two big jackpot games, are about 1 in 302.6 million. These odds mean you are more than 2,000 times less likely to win than someone being killed by a lightning strike. Consequently, if you buy only one ticket and win it is an unlikely event called a statistical anomaly. 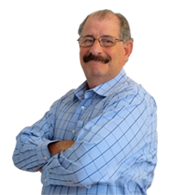 The term statistical anomaly came to mind recently because last summer, while we were all spending days at the beach building sand castles with our kids, ERAI, an organization that reports on issues affecting the global electronics supply chain, stated there were 771 reports of suspect counterfeit and non-conforming electronic components in 2017, a noticeable decline from the last several years; there were 1,041 reports in 2016, and between 1,000 and 1,138 in the years following a high of 1,282 reports in 2011.

I found myself wondering how this can be? While it is true that: 1) better anti-counterfeiting procedures are being taken by organizations during the procurement process; 2) there are more customs seizures and detentions; 3) the use of best practices has been largely adopted by OEMs in sectors such as defense and aerospace and 4) the Department of Defense (DoD) is exercising greater control over where its suppliers can source components, still, the fall to 771 cases last year appears to be counter-intuitive and goes against expectations. To put this in perspective consider that semiconductor sales increased in 2017 and continued to do so into 2018– the Semiconductor Industry Association (SIA) noted that worldwide sales notched its highest-ever quarterly sales in Q2, reaching $117.9 billion during the period.

Normally, a boost in demand would lead one to expect an increase in the number of counterfeit parts coming onto the market. Add to that shortages and stretched out lead times on many passive components and ICs and it is difficult to accept the 2017 decrease in counterfeit parts reported by ERAI.

I was in the midst of trying to solve this conundrum when it was pointed out that I was not the only observer with a podium on these pages skeptical about ERAI’s results.  Indeed, not long after ERAI’s announcement, my MarketEYE colleague Barbara Jorgensen wrote in EBN that the ERAI was “cautious about drawing conclusions from a one-year trend” and “so far, ERAI is not seeing the same trend in 2018.  From Jan. 1 to June 30, 2017, ERAI reported 361 nonconforming or suspect counterfeit parts.  From Jan. 1 to June 20, 2018, ERAI has reported 462 parts.”

So it appears the decline was a statistical anomaly, proving once again what a wise man once said about stats: that they should be used much the same way a drunkard uses a lamppost: for support rather than illumination.

With that cleared up I am happy to say that about the same time a couple of technological developments occurred involving anti-counterfeiting efforts that are in fact cause for optimism. For one thing the U.S. Defense Advanced Research Projects Agency (DARPA) revealed it has started working with IBM to integrate its SHIELD (Supply Chain Hardware Integrity of Electronics Defense) electronics anti-counterfeit system into the tech giant’s blockchain platform for use in supply chains.

By way of review, DARPA introduced SHIELD three years ago as a way to protect chips against counterfeiting and tampering. The system takes the form of a 100 x 100 micrometer chip that includes an NSA-level full Advanced Encryption Standard (AES) 256 engine, sensors that can detect any intrusion or compromise from X-rays, excessive voltage, or temperature, and communications using a microscopic antenna that can be inserted into the packaging of an IC and can only be contacted using a small device that plugs into an iPhone. These semiconductor “dielets” can detect any attempt to access or reverse engineer it, and will self-destruct to avoid getting into the wrong hands. Every microscopic chip has its own unique identifier and each SHIELD chip will cost about 1/10th of a cent.

According to DARPA, the aim of SHIELD is to eliminate counterfeit ICs from the electronics supply chain by making counterfeiting “too complex and time-consuming to be cost effective.”

The IBM agreement reveals that the SHIELD program has entered a Phase 3, in which DARPA is using it in industry supply chains. In announcing the collaboration Darpa said “With this integration, IBM and DARPA are leveraging the open source Hyperledger platform with SHIELD to provide enhanced trust for smart contracts.” Hyperledger is a collaborative effort hosted by The Linux Foundation and was created to advance cross-industry blockchain technologies.

Blockchain works as follows: As each transaction occurs – and the parties agree to its details – it’s encoded into a block of digital data and uniquely signed or identified. Each block is connected to the one before and after it — creating an irreversible, immutable chain. Blocks are chained together, preventing any block from being altered or a block being inserted between two existing blocks. Blockchain is the technological backbone of bitcoin, and could dramatically improve security, preventing hacking and tampering and thus would seem to be a perfect security sibling to SHIELD.

The other encouraging news on anti-counterfeiting involves the Counterfeit Avoidance Accreditation Program (CAAP), a cooperative industry effort to mitigate the risk of introducing counterfeit parts into the supply chain throughout the aviation, space, and defense industries. CAAP has released a new checklist for distributors. Designated AC7403 – Audit Criteria for Accreditation to (SAE) AS6496 – it is focused on authorized distributors of electronic, electrical and electromechanical parts. This checklist provides the framework for audit and certification through the Performance Review Institute (PRI) to the requirements of the AS6496 standard for counterfeit mitigation in authorized distribution.

AC7403 was developed with members of the SAE committee that originally drafted AS6496 so there is an appropriate level of synergy between the two documents. “We were very pleased with the interaction and diligence of the joint team to develop audit criteria to support AS6496.  This enables the authorized channel to provide further confidence to customers that authorized distributors have certified procedures to ensure that counterfeit materials do not enter the supply chain.  As authorized distributors, we are pleased to offer this peace of mind to the marketplace,” said Kevin Sink, VP of Quality at TTI and co-chair of the SAE committee which drafted AS6496.

Audits will be performed by the PRI and utilize a process like that employed in their Nadcap audit process.  Joseph G. Pinto, Executive Vice President and Chief Operating Officer of PRI said distributors in the aerospace sector “can be confident of their compliance activities,” adding. “Industry-wide cooperation is a significant step in mitigating the risk of counterfeit parts in the supply chain and I am pleased to support this important activity for the benefit of the entire industry.” 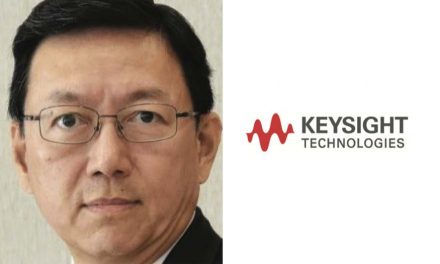