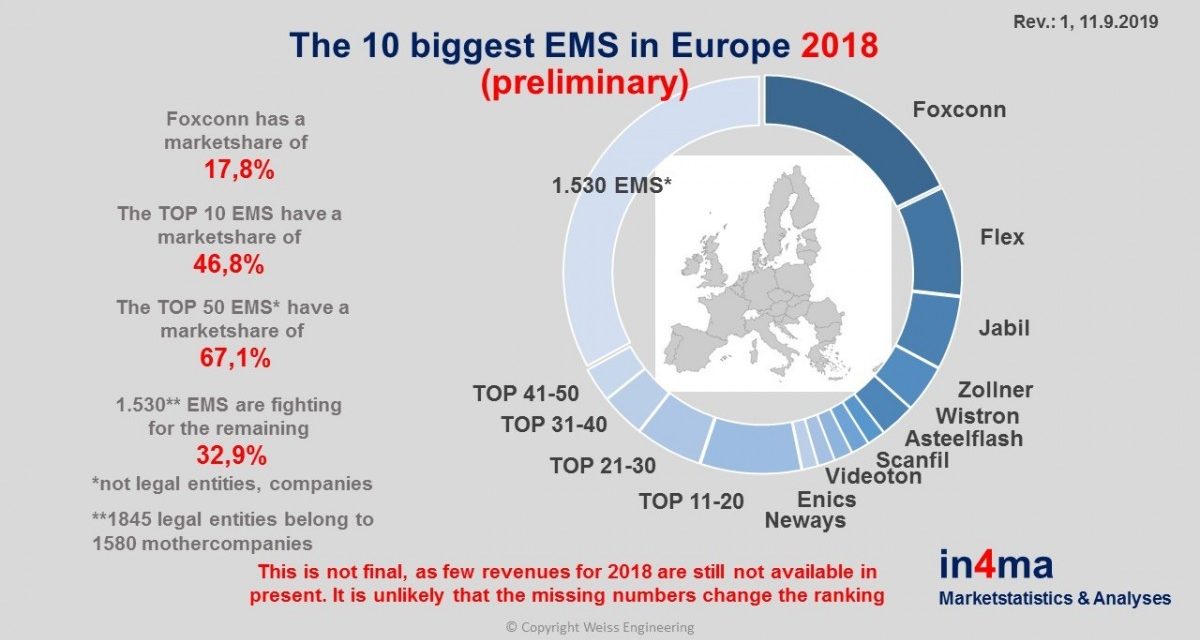 The funny thing about primary analysis is that numbers can change and occasionally even come as a big surprise. Earlier in the year there was a lot of discussion, who would be the TOP 10 EMS/ODM companies in Europe? Several lists were published by different publications. We were tempted to publish one and made some comments about Bitron missing on the list.

This week, several new annual reports were filed in different country company registers. On September 4, 2019, Wistron Infocomm (Czech) s.r.o., located in Brno-Černovice, Czech Republic filed their annual report for 2018. Their revenues jumped by 209% to 1,105 Million Euro. This is a big surprise, as all the TOP 10 European EMS lists for 2018 are now obsolete. Wistron became No. 5 on the list for 2018.

While not all revenues are public as of now, it is unlikely that this new ranking will change; only the percentages might change slightly. Wistron so far was not available for comment. Speculations are on, that due to the trade war between USA and China, some global companies prefer to manufacture closer to the end market. East Europe with its low labor cost is an attractive place for EMS manufacturers and has exceptionally high growth rates. Read more about this in the next few weeks. 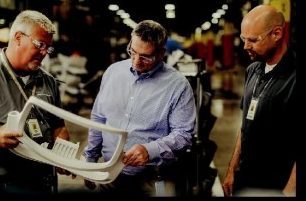