It may come as a surprise to the youngsters out there in the industry – at a time when it’s the software wunderkinds that are getting the $50,000 signing bonuses at graduation – that there was a time when electronics manufacturing was very cool.  The best and the brightest STEM geniuses were trying to figure out how to make electronics smaller, lighter and faster and that meant that the fledgling EMS industry was the career choice that was changing the world.

Our Icon of Industry this month is emblematic of this kind of cool. Koichi Nishimura spent 23 years as a rising star at IBM with a PhD in Materials Science and Engineering from Stanford but decided to jump ship to Solectron in 1988 where he started as COO. Within a few years he became President, CEO and chairman, working with Winston Chen, an ex-IBM colleague who was part of the team that bought Solectron. Together they elevated the image of electronics manufacturing, impressed Wall Street, and became founding fathers of the global EMS industry.

Nishimura drew on his Japanese heritage for the discipline and principles that guided his vision for Solectron. His childhood experiences included time in a Japanese internment camp in California during World War II as a young child, and independence from the age 14, forging leadership and survival instincts that would serve him well in the cutthroat EMS industry.

It was at IBM that Chen and Nishimura were first exposed to the ideas of W. Edwards Deming. It was the chance to implement them in a climate unfettered by IBM’s bureaucracy that attracted them to Solectron. Nishimura and Chen’s people-centric policies made Solectron the Facebook/Google of the day. Solectron hired people away from IBM because it was a better place to shine. Nishimura took charge when Chen gradually removed himself from the business in 1995. During the late 90s the company began acquiring manufacturing facilities from OEMs like NCR and IBM. In 2000 and 2001, it acquired four facilities from Nortel, and Singapore based NatSteel, the 6th largest EMS at the time, as well as several smaller companies.

Solectron’s global manufacturing prowess grew exponentially after Nishimura took over. In the late 1980s, it won over 35 quality awards; in 1991 and 1997 it won the coveted Malcolm Baldrige award, and had surpassed even its Japanese competitors in most award categories.  At that time, Solectron was considered by many to be the global model for manufacturing quality and services. The key to this success was the unrelenting and laser focused attention to detail, which was made possible by empowering and training employees at every level. A well-oiled and flawlessly executed customer feedback loop was both the method and the madness of the approach. As part of the consultant group that implemented some of those customer surveys in the 1990s and early 2000s, EMSNOW staff members can attest to the relentless attention to customer satisfaction during those days. The second part of the feedback loop was a weekly profit and loss statement for each production line, distributed to each manager. They were told they couldn’t lose money and their compensation was directly tied to this scorecard. But each manager was given remarkable freedom to do what s/he thought was best.

Nishimura believed that lasting transformation required participation at all levels. Nishimura challenged established practices for implementing the customer-first model. Applying for the Malcolm Baldrige award was more than about the recognition. The award was established by the U.S. government to ‘Make Manufacturing Great Again’ in 1987. Its seven-point evaluation system served as a benchmark for Solectron’s own principles of continuous improvement and would act as a catalyst. Solectron initially applied for the award in 1987 and didn’t get even a site visit. Nishimura used the report from the evaluators as an outline for how to improve human resources, strategic planning and supplier management functions. To some the rejection would have been a slap in the face, but Nishimura saw it as a gift.

There are many stories about Nishimura’s disciplined approach to his career at Solectron. His wardrobe consisted of completely interchangeable nondescript gray business suits and gray accessories that allowed him, reportedly, to get dressed in two minutes. “I can grab any suit, any pair of socks,” he would say. “It’s foolproof.” It’s possible he was a model for other Silicon Valley tech giants’ wardrobe choices.

Another story tells of him winning the San Jose Mercury newspapers’ “Delivery Boy of the Year” award late in life when his three sons went off to college and he and his wife took over their paper routes to ensure uninterrupted customer service.

Nishimura was amused that the story of his winning the Delivery Boy award was published in the back section of the newspaper the same day he was listed on Page one as one of the higher paid executives in the valley.

Solectron’s fortunes began to decline during the economic downturn of 2001. The company posted a loss of $124 million due to a $411 million restructuring charge. The problems of the strategy of top-line growth at any cost were beginning to emerge for the company, and the Nortel acquisition turned out to be fatal. The factories were filled with obsolete equipment and added unusable and burdensome cost to Solectron’s operations. Solectron was acquired by Flextronics in 2007 in what can only be described as a fire-sale.

Nishimura’s legacy is indelible, however. Winning the Malcolm Baldrige award elevated the status of the entire industry, according to Pamela Gordon of Technology Forecasters, Inc in an article in EDN from 1999 when Nishimura won the CEO of the year award. Winston Chen attributed his success to the samurai spirit.  Nishimura transformed the company. When Chen left, it was doing a couple of billion in annual revenue and was still local in reach. Under Nishimura’s leadership, Solectron became a global manufacturing powerhouse.

Ultimately, Nishimura believed his strength and greatest achievement was his dedication to building human capital. In his words, “It’s not how high you get, but how many people you bring along.” 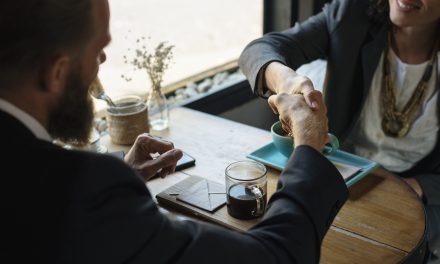 How to Maximize the Impact of Attending a Trade Show, Part Two: At the Show

Flex Board Manufacturer Printed Circuits is Now Certified to ISO 9001:2015