In4ma’s annual study of the balance sheets and P&L accounts of German EMS manufacturers is complete. With a share of 17.9% of the European EMS production of 35.26 Billion Euros in 2016 and 458 EMS companies, Germany is the biggest player in Europe. In comparison to the Scandinavian countries, the German EMS industry fared better: the number of German EMS companies operating in the red has declined consistently over the four years analyzed. I know you are looking for 2017. Most companies are not public companies in Germany and only publish there results after the fact — on average more than a year later. 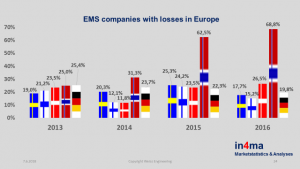 The study showed big variances in the P&L statements of the EMS industry in Germany. Some companies report profits of more than 18%, others losses of 20% and more. To make it clear, I am not talking about these funny things like EBITDA or EBIT, I am talking about the real bottom line: the only thing, which interests an entrepreneur, profits after tax and special items (net income).

Whereas the annual reports of the US EMS companies talk endlessly about the remuneration of the management and bonus payments, the annual accounts in Europe give hard facts that allow a clear judgement about the financial situation of the company. Labor costs, labor costs per head, material costs, equity ratio, return on equity, return on total capital, inventories, divided into raw materials, work in process and finished goods and many more has been analyzed for up to four years for the German EMS industry. The dependence of the sum of labor and material costs on net income have been analyzed as well. The study classifies the companies in up to six different revenue groups, as most of the parameters analyzed vary, depending on the revenues.

More details are available under in4ma@gmx.de.

Movie Monday: Up CLOSE with Zollner’s Eric Breslein and Michael Kollmer on e-Mobility 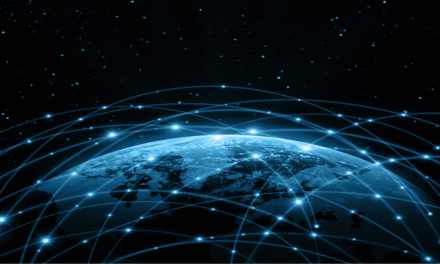