Cobotics: the future of work is a blended mix of the human and the bot, says ActiveOps co-founder

Robotic Process Automation (RPA) is making waves with predictions ranging from the overkill that we are seeing the end of jobs as we know it, all the way through to businesses can expect a productivity revolution.

But according to Neil Bentley, Non-Executive Director & Co-Founder of ActiveOps, a leading provider of digital operations management solutions, behind the hype is the reality that more and more work is being done by robots – with more or less real intelligence – and that for the foreseeable future this is not a question of either machines or people doing the work, it is a fact that people and machines will work alongside one another.

Neil Bentley stated: “The real issues we should be addressing are not about the end of work (or indeed humanity) but are about how to organise and manage these two very different capabilities together. Introducing RPA into an operation could have profound effects on the people and work around it – manage these implications right and everyone wins. Get it wrong and short-term gains could give way to long-term cynicism and bad press.”

We all now accept that machines work alongside humans in the world of manufacturing and this is becoming increasingly commonplace in the world of back office operations. Perhaps in the 21st Century we need to adopt this term to help us to consider the challenges and opportunities presented by the growth of Back Office Cobots.

“By thinking in terms of Cobotics, we can embrace the opportunities presented by RPA without falling into the trap of yet-another-magic-bullet-technology-solution. Optimising back office operations will require thinking through and managing the relationship between these two co-workers, people and robots, not merely replacing some people with some robots,” continued Neil.

RPA is inevitably targeting some of the simpler, more repetitive work that is currently done by people in the back office. Indeed this is often heralded as a human benefit – taking away the drudge work leaving people the opportunity to do more interesting and challenging work.

This may well be true but employers need to consider the potential changes to the labour force. If you take away the “bottom” third of employees from the lowest pay bands and your average wage bill goes up, you will have a smaller, higher paid work force. Similarly, the average educational requirement may well go up as staff are focused more on exception handling, problem solving and human contact.

Neil continued: “A better paid, higher educated workforce can bring challenges. There may be increased competition for the best resources, a stronger negotiating position for key workers and a general rise in the expectations of the way that staff are managed. Interestingly, it could be that a rise in RPA will lead to a resurgence and interest in leadership and talent management.”

Neil concluded: “Until back offices are completely ‘lights out operations’ with all work being carried out by robots the real world will contain a blend of people and robots. The effect will be to raise the requirement for great leadership of a more confident and capable workforce. 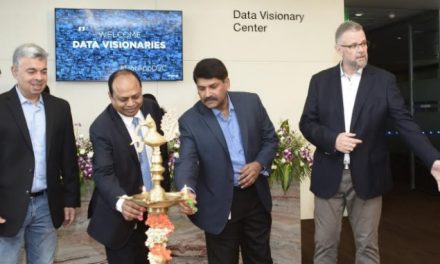