Shot Scope Technologies, based in Edinburgh, designs and manufactures innovative wearable technology which helps both professional and amateur golfers to improve their game. A keen golfer with a background in electronics design, CEO David Hunter set up the company in 2014 to develop the golf wearable, which collects and analyses over 100 key statistics from each round played, identifying shots, club used and GPS information. The data can then be easily uploaded to any smartphone or tablet (via an app) or computer.

David’s team was looking for an effective way to seal the back of the device to the main body. Apart from the obvious need to prevent the ingress of water and dirt, it was also necessary to deal with humidity: playing in the sunshine of the Costa del Sol on one day followed by a round on a damp Scottish course the next could result in misting on the inside of the display screen. Stamping or printing a pre-formed gasket was considered, but thought too challenging owing to the thin 0.5mm gasket width. Manual dispensing of a silicone sealant was also rejected as being too tricky to get an accurate and tidy application.

Both David and subcontract manufacturer Greenfold Systems’ Ian Kennedy were well aware of the benefits of automation, and contacted two potential suppliers.

Having discussed Shot Scope’s requirements, Intertronics recommended a cost-effective combination consisting of an F5200N.1 gantry robot, 790HP-LF high pressure dispensing valve controlled by a SL101N digital liquid dispenser, and 310ml dispensing cartridge holder for the material feed – all manufactured by its partner Fisnar. This setup applies a single part RTV silicone, non-corrosive and suitable for electronics applications, which is supplied by Intertronics to Greenfold. The precisely applied silicone bead seals the unit.

David recalls the specification and buying process: “It seemed like a good solution and was within our budget. Intertronics understood what we were looking for, and sent us a couple of videos of applications similar to our own, together with some samples of dispensed liquid form-in-place gaskets.” He adds: “We declined the offer of a face-to-face demonstration as we were happy that the setup would do what we needed and that Intertronics would have the expertise to set the whole thing up.”

The curvature of the back of the wristband demanded robotic movement in the x, y and z axes. The equipment was purchased by Shot Scope, delivered to Greenfold Systems and set up quickly and easily by Intertronics’ Paul Whitehead. Six backs are placed in a jig and the sealant is applied in under a minute, prior to hand-assembly to the unit’s body.

Once the dispenser, valve and robot had been set up and working for a short time, Paul returned to refine the movement path and increase the speed.

Shot Scope’s initial run was 1,250 units and they have increased production to 5,000 devices per quarter at the time of writing.

David has been impressed with both Intertronics as a supplier and indeed, the entire process. “The service has been excellent, from getting to know our requirements to the short time taken to program the machine and show us a good sample, then investing the time in improving the process itself.”

He summarises the main benefits of the system as faster manufacturing time, reduced labour costs, a consistently high-quality result with no defects or wasted material.

Paul, a keen golfer himself, enjoyed working on this project: “With Shot Scope, the combination of GPS and live performance tracking in one wearable package is a great aid to lowering one’s handicap. 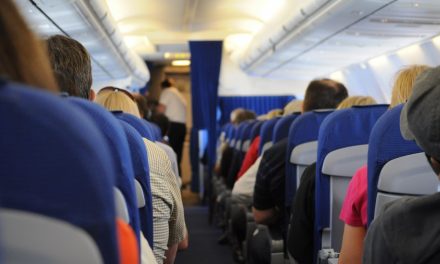 Can you win EMS business with airline peanuts?