Amidst Trade Tensions, U.S. and China Follow Different Paths to the 3rd Platform as New Technologies Drive Worldwide ICT Market Towards $6 Trillion in Annual Spending by 2022, According to IDC

New technologies will drive information and communications technology (ICT) spending to more than $6 trillion by 2022 with growth accelerating through the end of the forecast period to more than 6% per year as new categories such as drones, sensors, augmented reality and virtual reality (AR/VR), and 3D printers account for an increasing share of the market. According to the latest version of the Worldwide Black Book: 3rd Platform Edition from International Data Corporation (IDC), there are significant differences between major countries when it comes to the speed at which some of these new technologies are being adopted. These differences are no more pronounced than when comparing the United States and China.

China has emerged as the world’s largest market for spending on the Internet of Things (IoT), AR/VR, and robotics. By 2022, China will account for nearly 40% of worldwide robotics spending with almost $80 billion in annual expenditures and already accounts for more than a quarter of global spending on IoT and AR/VR. Meanwhile, the U.S. continues to dominate spending on software-driven markets and currently accounts for almost 70% of total spending on artificial intelligence (AI) and more than 50% of big data & analytics (BDA). U.S. annual spending on AI will grow to nearly $50 billion by 2022, while annual BDA investments will reach $140 billion.

“The U.S. is still leagues ahead of other countries when it comes to software spending in general and early-stage software deployments in particular,” said Stephen Minton, vice president, Customer Insights & Analysis at IDC. “That’s partly related to general recognition by U.S. firms of the productivity benefits related to software investments, partly to a strong local ecosystem of vendors and channel partners, and also partly to the rapid adoption of cloud computing in recent years. Cloud enables fast, scalable deployment of new software applications and it’s no coincidence that the U.S. is also way ahead of other countries when it comes to migration to the cloud.”

“There is a clear divergence between the U.S. and China when it comes to current strengths and leadership in ICT adoption,” said Minton. “The U.S. continues to achieve broad-based economic benefits from aggressive investments in software, while China’s focus so far has been on a more narrow segment of economic growth and ICT enablement, including rapid adoption of operational technology in IoT and robotics related to manufacturing use cases. While the U.S. must ensure that it continues to invest in new software innovation, China’s challenge is to diversify its ICT investments in order to achieve broader economic benefits.”

The current trade war between the U.S. and China threatens to disrupt both countries and their ability to implement their goals in the next five years. While spending on new technologies has not yet shown a significant slowdown, IDC expects any escalation in the trade war to be a drag on traditional technologies in the first half of 2019. Spending on new categories would likely begin to slow by 2020 if businesses are forced to reassess their budgets. For the U.S., the risk is that an economic slowdown could damage its leadership in new software categories. For China, the government would be constrained in its stated goal of diversifying the country’s economic growth.

Other regions may also be caught up in a trade war with the U.S. to some extent, especially as protectionism begins to affect worldwide GDP. For now, however, pockets of growth and strong investment have emerged in various places. For example, India is showing strong growth in spending on cloud-related deployments with annual growth of more than 30% expected throughout the next five years (almost double the worldwide average). AI projects are seeing explosive growth in Japan, which was the second largest AR/VR market last year ahead of the U.S., while Germany has emerged as an early leader in adoption of 3D printing as the second largest market in 2017 ahead of China. There are also examples of smaller countries investing in new technologies, which promise to deliver rapid economic benefits.

IDC’s Worldwide Black Book: 3rd Platform Edition provides regional market sizing and forecasts for emerging technology markets including Cloud, Big Data & Analytics, Mobility, Social, Internet of Things, Cognitive Computing, Augmented and Virtual Reality, 3D Printing, Next-Gen Security, and Robotics. In addition, it provides all country market sizing and forecasts for public cloud services and all data in the Worldwide Black Book : Standard Edition. It provides ICT suppliers and investors with a comprehensive guide to the overlap between traditional revenue streams and the ICT industry of tomorrow. For an overview of IDC’s analysis of worldwide ICT spending, please go to https://www.idc.com/promo/global-ict-spending/overview. 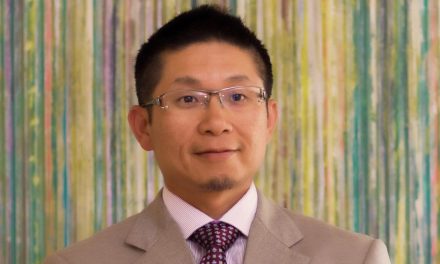 Strong Job Growth for US IT Sector in July, CompTIA Analysis Reveals