The Coronavirus pandemic is having a huge impact on the air freight industry. Demand is down 20 percent from last year.

Air cargo rates on some of the world’s busiest routes began to pick up again in August while the outlook remains uncertain.

Market demand is increasing especially ex Asia Pacific leading to the expected peak season situation.
As capacity remains, rates are increasing especially out of the major key export countries.
Overall, the spike in volume is again reflecting how volatile the market remains and how critical proper supply chain planning has become during COVID-19.
Even though various airlines announced passenger flights to return to the market, the impact is very limited.
The number of flights only increased incrementally compared to previous months, especially international long-haul flights.
Many aircrafts remain suspended / on the ground and currently COVID-19 is considered to impact the airfreight market until at least 2024.

Besides, maintenance schedules of freighter aircrafts have immediately led to a supply reduction in the airfreight market.
These maintenance schedules from airlines come into effect as the utilization of aircrafts (block hours per day) was significantly increased during the first half of 2020.
The additional flights and operating hours were required to provide capacity in the first weeks and months of the COVID-19 pandemic as many passenger flights got cancelled causing an immediate shortfall in supply.
The airlines are preparing themselves with the current maintenance schedules for the upcoming peak season in which a shortage in capacity supply is expected and forecasted.
How critical airfreight supply is currently was already immediately observed as rates were increasing on major trades due to the freighter capacity shortfall.
In addition to the already tight capacity situation, the demand for medical equipment (e.g. personal protective equipment = PPE) remains volatile as the COVID-19 pandemic impacts vary highly from region to region and country by country and a potential demand due to second or third wave cannot be forecasted.
Therefore, an even more advanced and detailed planning for the peak season is required to ensure capacity access.

The latest figures from TAC Index show that prices on services from Hong Kong to both North America and Europe increased in August compared with both a month earlier and a year ago.
Looking ahead, the market appears to be unsure what to expect for the rest of 2020.
At some stage it is expected that there will be another bout of urgent demand when a Covid-19 vaccine is ready for distribution.

Meanwhile, the capacity situation is uncertain given the unknown future of passenger operations and there will also be the usual peak season increase in demand.

The heavy spike of volumes on Asia to North America continues, exports from Asia to Europe are at a very comfortable level, on both trades all carriers are successful in pushing strongly for increased revenue through general rate increases or ad hoc rate premiums to ensure equipment and space.
Several loops are already fully booked into the month of September.
At the same time capacity reductions on the two main trades are disappearing.
There is a severe equipment shortage especially for 40’HC in all main ports in Central and South China as well as in main Origins in Southeast Asia.
This makes it very important to plan volume forecast.
Carriers continue with blank sailings in order to keep the rate levels stable.
With all stakeholders in the supply chain, the unpredictability and constant changes of the last weeks have underlined the need to stay flexible and to be able to adapt at any time.
It is not a surprise that carriers announce that their booking acceptance will not go beyond six weeks due to possible future changes.
Expect the situation on all trades subject to continuous changes.
With massive vessel withdrawals, an uncertain outlook on vessel utilizations and partly huge impacts on port terminals, one needs to prepare for changing schedules and transit times (due to slow steaming, port omissions or additional port inclusions as a result of service mergers), sudden / unexpected delays in uplift, increased bottlenecks of equipment availability, less frequent departures and sudden surcharges possibly resulting in higher costs for the supply chain. 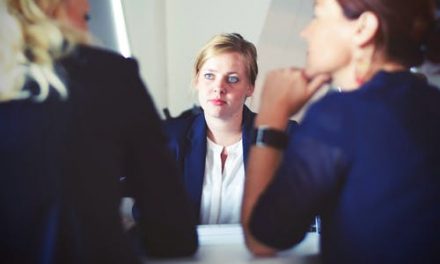