Both market-level and device-level challenges are becoming easier to overcome as the AIoT market matures, electronics engineers say in new XMOS research report

Bristol UK — Almost all challenges to the nascent artificial intelligence of things (AIoT) market have become easier to overcome over the past year thanks to significant advances in chip technology, a new XMOS research report surveying electronics engineers has concluded.

The AIoT, forecast to become a $3 trillion market by 2025, is set to revolutionise every aspect of life from smart homes, cities and healthcare to industry 4.0 and autonomous vehicles.

Last year, electronics engineers highlighted significant market-level barriers to the AIoT, concerns around which have now softened considerably. Security, for example, was a barrier because of how much sensitive data future AIoT-devices would be sharing with the cloud, risking hacks or leaks. But today, a considerably smaller proportion (31%) of engineers believe that data security and autonomy is a problem compared with last year (45%).

Connectivity was also identified as an issue, preventing the AIoT from expanding its use to safety-critical applications, like autonomous vehicles or connected healthcare. However, now just 27% say that the potential of AIoT will be restricted by network bandwidth limitations (down from 38% last year) and only 26% say latency is a barrier (down from 32% last year).

Electronics engineers are also feeling more confident with regards to device-level challenges around the AIoT. 51% of electronics engineers want to add more on-device processing power (up from 40% last year), but now just 48% say that cost is a barrier to ramping up processing requirements, down from 64% last year. Concerns around design complexity with the AIoT and how to combine different classes of compute — signal conditioning, inference and classification, communications, control and connectivity — have also dissipated. Now, just 38% say design complexity is a significant barrier, down from 49% last year.

Mark Lippett, CEO, XMOS, said: “While barriers to the AIoT market still exist, what we’re seeing here is the natural progression of a market as it begins to mature.

“The AIoT has come a long way in the past year — driven in part by the pandemic, but also by significant advances in chip technology. Now, device manufacturers can cost effectively embed intelligence within devices themselves, rather than rely on the cloud for said intelligence, which helps solve security, connectivity and scalability challenges in one fell swoop.

“Once these challenges cease to exist, the possibilities for the AIoT are endless. At XMOS, we’re already seeing significant interest from smart home device manufacturers who are keen to add intelligence to devices without seeing costs spiral.”

XMOS’s research with more than 100 electronics engineers can be explored in more depth in their recently released report, The Edge of Today, which outlines the potential of the AIoT and examines the biggest market- and device-level barriers to unlocking the industry. 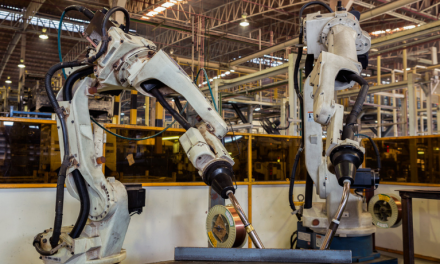 ROS On The Rise