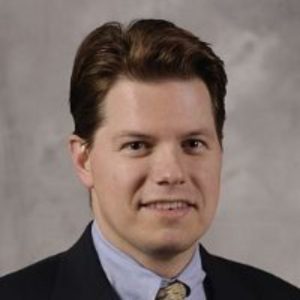 We’re barely back from the holidays, and it’s time to buckle up for the roller coaster ride of innovation and technology that is the Consumer Electronics Show (CES). Here’s what we’re expecting from the big show this year and our predictions for the technology building blocks that support innovation in 2019.

The announcement of the keynotes at CES always offers an insight into the game changers we can expect to be the big topics of conversation. This year’s opening keynote comes from LG Electronics President and Chief Technology Officer, Dr. I.P. Park, who is driving artificial intelligence (AI) as the company’s main growth engine. Leaders from companies such as IBM, Verizon and AMD, along with the U.S. Secretary of Transportation, Elaine L. Chao, will discuss topics including AI, 5G, Augmented Reality and many other key technologies.

So, it’s not surprising to see many of the keynote themes reflected in the building blocks that we believe will enable the future of innovation in 2019 and beyond . . .

The tech world is captivated by AI and its powerful potential – not the least of whom are those involved in its development and deployment. AI has become more widely available in 2018 and I fully expect it to be one of the biggest topics for discussion at CES 2019. There are hundreds of applications of AI. At last year’s CES, Baidu Vice Chairman, Group President and COO, Qi Lu, suggested that AI would replace search as the core activity of their business. Baidu is just one of the notable players putting AI to work for positive change and refined business models – from automotive to healthcare, countless verticals are seeing its game-changing benefits.

According to a recent Forbes article, there has been a 14X increase in the number of active AI startups; investment into AI start-ups by venture capitalists has increased 6X since 2000. Since 2013, the share of jobs requiring AI skills has grown 4.5X.

Intelligence and mobility are inextricably linked, and the ability to share information at adequate speeds can be a barrier for mass deployment and reliability. 5G is heralded as the solution to all our connectivity problems. Indeed, many talk about moving to a state where connectivity is like electricity: always there, always available and always reliable. High speeds and almost zero latency will enable many technologies to move forward, particularly those of a mission-critical nature. Concepts such as Smart Cities rely on an Internet of Things (IoT) that is always on and where large amounts of data can be shared in real time. I’m expecting announcements on 5G from the equipment and device providers as well as the network players during this year’s CES.

In fact, augmented everything! We are now well and truly in the augmented age. We augment our physical attributes using robotics and automation, and now we are using AI to augment our intellectual ability. The idea of machine and humans working in harmony is not a new one, but with the ability to utilize a world of mixed reality (virtual, augmented and actual) will enable more creative opportunities. Using a combination of AI and AR will unleash new products onto the market for different use cases. These technologies are already finding their way into Jabil’s innovation processes as we explore AR to assist the design process and AI to improve supply chain management.

In the world of manufacturing, cobots are “collaborative” robots, but at CES the term is widely associated with “companion” robots. These robots can provide all kinds of assistance around the home ranging from education for children to care for and companionship for the elderly. They use many, sometimes all, of the aforementioned building blocks to make them more capable, more efficient and more effective. Rest assured these robots and cobots will be a part of the continuing automation of our lives, whether in a smart home, a smart city or a smart factory.

Blockchain promises to reshape industries by enabling decentralized trust, providing transparency and reducing friction across business ecosystems. The idea of a distributed ledger has been around for a while, and blockchain has had more than its fair share of hype, particularly in the finance world, but what can it offer us in everyday life and in manufacturing? It seems plenty. As well as having a huge role to play in finance, it seems likely that blockchain will play an important role in managing supply chain, particularly where complete traceability is needed. Blockchain offers us a secure supply chain that has the potential to help reduce, or even eradicate, conflict materials and counterfeit devices. Early adopters include Walmart and Maersk, who are already expanding the use of blockchain after successful pilot programs.

The estimated global revenue from enterprise blockchain applications is expected to rise from $2.5 billion to $19.9 billion by 2025, according to IBM. By 2026, the business value added by blockchain will grow to just over $360 billion, then surge to more than $3.1 trillion by 2030, says Gartner. Blockchain saw record levels of VC investment achieving a record number of a record high of $512 million, according to KPMG.

A fully digitized version of a real-world ecosystem has huge potential to allow the owner, user or customer to explore all kinds of scenarios and potential outcomes. That could be a smart city, where the digital twin is used to simulate a disruption from, say, change in population or the introduction of a new transport service, or perhaps fully autonomous vehicles. It could be a digital twin of a smart factory or an entire manufacturing ecosystem, like that of a global EMS player, where the ability to study changes in demand or potential supply chain disruption will allow better and faster decisions to be made, improving planning and performance. The digital twin has much to offer every stakeholder in terms of visibility and modeling.

Every year at CES, the exhibit area for 3D Printing grows, and the companies in that space grow too. This is a sector close to our hearts. We have worked closely with large and small companies to help take this technology from the hobbyist to the industrialist. The applications are endless. Many applications such as low cost, custom prosthetics make a real difference where it is most needed. We fully expect additive manufacturing to continue to be adopted in all industries in 2019, with larger volumes becoming more viable and machines, materials and processes improving over time.

Innovative products require innovative manufacturing solutions, and that’s why we find CES so interesting. It’s more than just a chance to see the technologies our customers have built with us or want us to support in the future. It’s a chance to explore how new building block technologies will penetrate our infrastructure, our supply chains, our design processes and our factories. 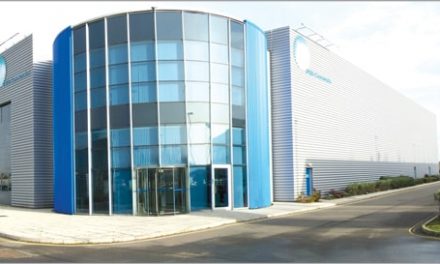